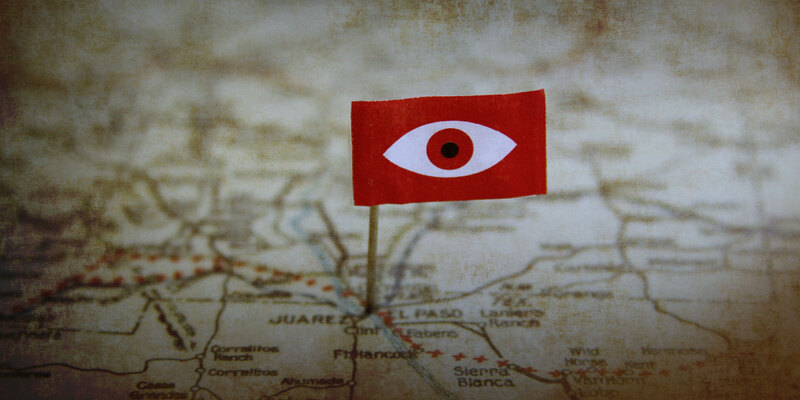 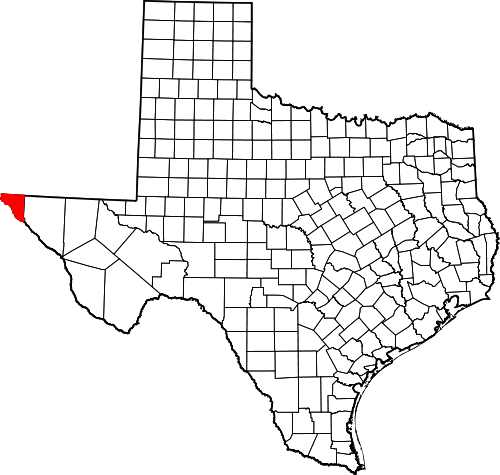 As the sixth largest county in the state of Texas, El Paso County shares approximately 47 miles of its southern border with Mexico.  The U.S. Census estimates El Paso County’s population at 840,758 residents with about 682,669 living in the city of El Paso. The city is contiguous with Juarez, Mexico; the two municipalities together make up a metropolitan area known as the “Borderplex.” The El Paso County Sheriff’s Department and the El Paso Police Department are the most notable law enforcement agencies in the county

According to Texas A&M Transportation Institute, the El Paso Police Department has used ALPR technology since 2006. As of 2012, the agency operated 23 mobile ALPR units and owns six ALPR-equipped trailers that can be parked along any roadway. These trailers include a radar system and a “Your Speed Is:” display. Horizon City also has one ALPR-equipped patrol car as of 2012 and feeds the data it collects in to EPPD’s database.

Iris Scanning is a form of biometric technology that uses both visible and infrared light to take a high-contrast image of a person’s iris. Like fingerprints, irises are unique to an individual and can be used to identify  individuals in a designated system.

The El Paso County Sheriff’s Office received three new cameras with iris scanning from BI2 Technologies in June 2017, according to KFOX14. As of April 2018, deputies have used iris scanning while booking more 18,000 inmates. The sheriff’s office was able to purchase these cameras through a $10,000 grant from the National Sheriff’s Association. 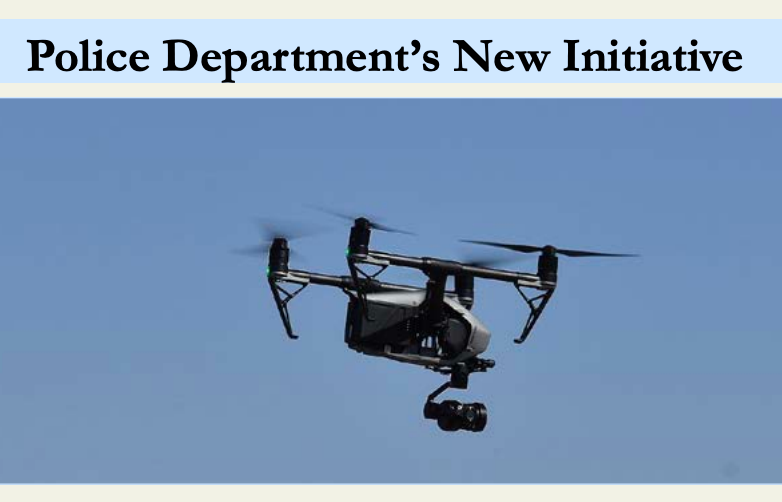 Drones are remote-controlled vehicles that police use for aerial surveillance. Local agencies generally use compact, less expensive drones known as small unmanned aerial systems (sUAS) or quadrotors, as opposed to the larger systems deployed by the military and the U.S. Department of Homeland Security.

The El Paso Police Department outfits its Crisis Intervention Team and DWI Task Force with body-worn cameras. As of April 2019, the police department had 34 Vista WatchGuard BWCs and stores the footage on a city server for at least 180 days.

In December 2015, the El Paso Independent School District equipped all 43 of their school liaison police officers with MUVI body-worn cameras. The camera has a flap that hides the lens when it is off, but the officer can lower the lens to start recording an interaction with a student. The footage taken is stored in an internal storage system that is part of the district’s information technology department. 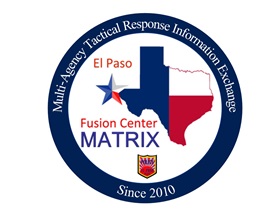 As part of a program called Operation Secure Texas, the Texas Department of Public Safety (DPS) has spent more than $15 million on two high altitude surveillance planes that fly more than two miles above the Earth. The Texas Observer found that from January 2015 to July 2017, DPS flew these planes above El Paso County at least six times for purposes such as patrolling the border and to transfer an inmate accused of murder. 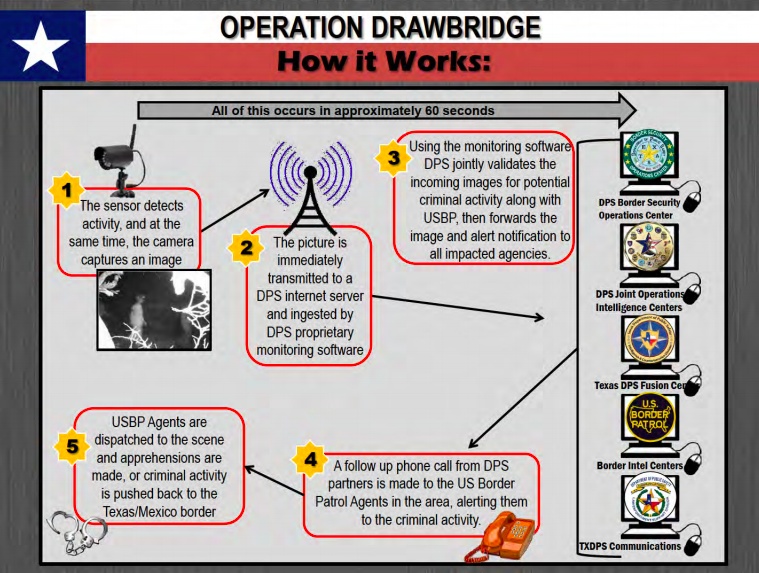 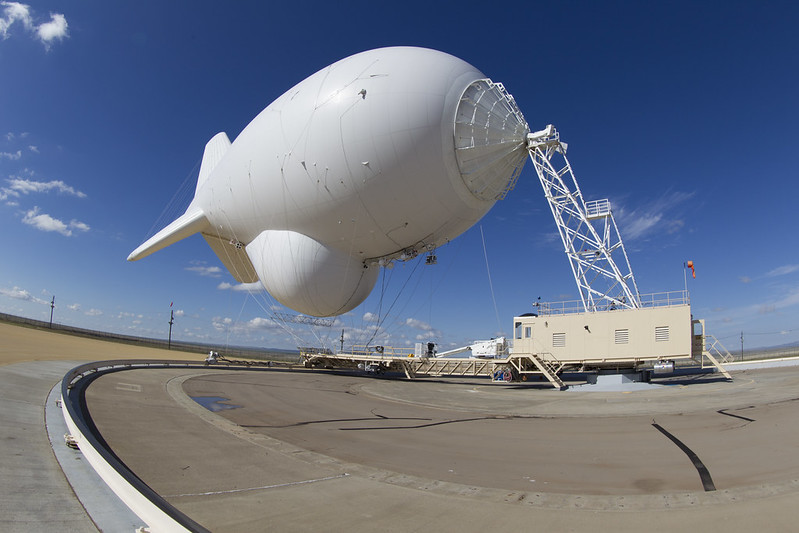 In addition to ALPRs, the U.S. Customs and Border Protection monitors the border using large MQ-9 Predator B drones and surveillance blimps called aerostats. These Tethered Aerostat Radar Systems (TARS) watch over the southern border from 10,000-feet in the air, and can detect all flying aircraft within 200 miles of the blimp. According to data published by the Government Accountability Office, between 2014 and 2016, these aerostats assisted in 13 apprehensions in the El Paso sector.

According to the U.S. Border Patrol, El Paso County has 28 Integrated Fixed Tower System (IFT) deployment sites and 69 Remote Video Surveillance System (RVSS) deployment sites. IFT systems automatically detect and track items of interest. They also provide operators with data, video, and geospatial location of selected items of interest to identify and classify them. RVSS technology provides long- to short-range surveillance with cameras, radio, and microwave transmitters to send video to a control room for an operator to remotely detect, track, identify, and classify targets in the video feed.