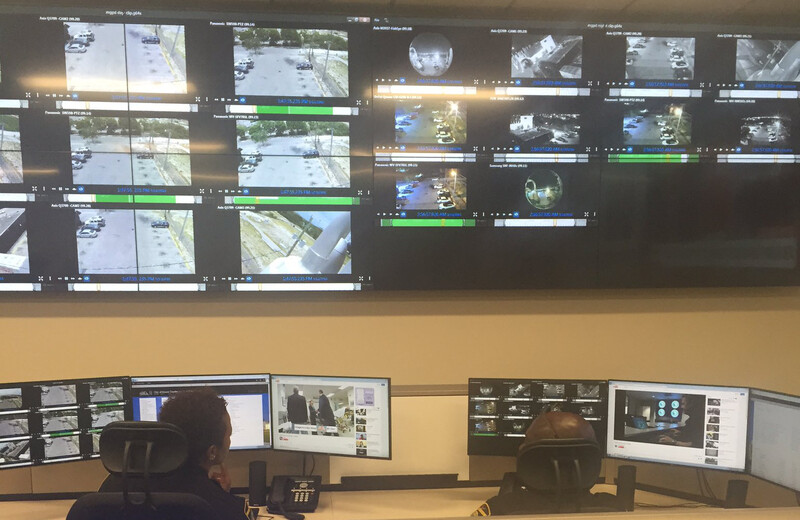 Housed in the Miami Gardens Police Department's headquarters, the RTCC was initially funded as part of a $60 million general obligation bond, which was approved by residents in 2014.

The Miami Gardens RTCC accesses a closed-circuit video feed containing real-time footage from at least 400 cameras. The RTCC also has access to ShotSpotter technology, which involves a series of sensor that detect suspected gunfire and maps the location where the suspect gunfire occurred. The center also uses Live Earth, a digital platform that pulls real-time data from emergency calls, surveillance applications, and more, into a live 3D map of the city. ALPRs were installed in 2017 at 24 intersections and connected to the RTCC. In 2020, the RTCC gained the ability to receive live footage from drones during public events.

In the main control room there are three bright CineView LCD video walls that display camera feeds and real-time policing tools. In the JOC, a video wall and two auxiliary displays are mounted above a conference table for all participants to keep track of the other room . In addition, there are remote connections to the RTCC video feeds in the police chief and assistant police chief's offices, as well as at the police department's conference room. Miami Gardens analysts have also used PredPol predictive policing technology and BriefCam video analytics.

During the ribbon-cutting ceremony for the new RTCC in 2016, the Miami Gardens Police Chief Antonio Brooklen said the center’s new technology would be helpful in achieving the department’s four pillars of focus: policing and patrol, being reactive through investigating, being proactive through surveillance, and garnering intelligence through crime analytics.

The following year, the department beefed up the operation after the city council approved spending $2.4 million to deploy networked ALPRs. The Miami New Times wrote that civil liberties groups like the ACLU raised privacy concerns about the use of ALPRs, and the newspaper noted that could be a particular concern in Miami Gardens because, just three years earlier, the police chief that preceded Brooklen resigned after reports of the department routinely harassing mostly African American patrons at a local convenience store.

In 2020, the RTCC played a significant role in security at Super Bowl 54 in Miami, including monitoring camera feeds. In addition the company Volaraeo broadcasted live footage from tethered drones to the RTCC during the Super Bowl and the accompanying SuperFest.